The TRIBE community is on a mission to end modern slavery and empower the survivors. Our journey began with an epic 1,000-mile run. Since then, thousands of everyday activists and adventurers have joined us to scale our impact and fight for freedom.

At TRIBE Freedom Foundation, championing long-term support for survivors is one of our three core objectives. We provide grant funding to the most outstanding survivor support organisations across the UK to increase access to safe accommodation and empower greater numbers of survivors in partnership with our frontline project partners (like Ella’s). Since 2018, TRIBE Freedom Foundation has granted over £360,000 to help grow and develop Ella’s survivor support services.

The support provided by Ella’s is absolutely crucial to enabling survivors of modern slavery or trafficking to recover; offering safe house accommodation for women when they are most vulnerable, care to help them recover, and long-term support to help them build safe, independent lives. Their work is essential for survivors. Without it, many like Jeliah, would fall back into danger: 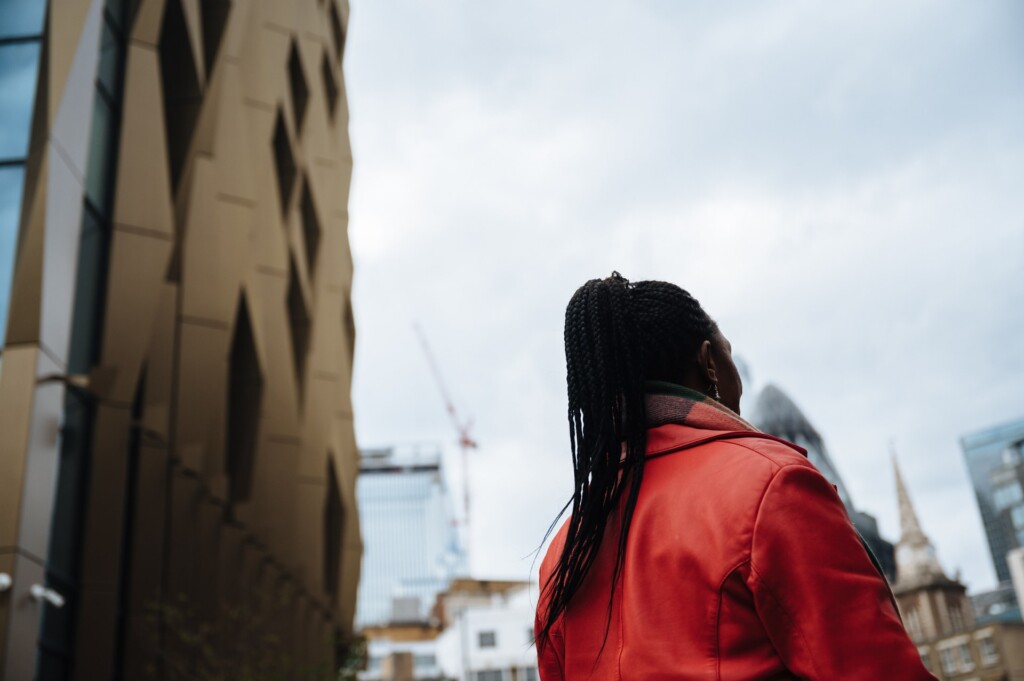 Jeliah was born in a country in Africa. When she became a teenager, Jeliah was treated increasingly harshly by her family due to her sexuality. ‘Because they were not happy with me, my life was not happy,’ she says.

To try and stop their daughter from being a lesbian, her parents took Jeliah out of school at the age of 13 and married her to a 50-year-old man. ‘He was horrible to me,’ says Jeliah. ‘I was beaten so badly even though I was still so young, and treated as less than human.’ She was in the marriage for seven years before she could take no more, and ran away.

Jeliah fled to another part of the country where she tried to start afresh. She entered into a relationship and was happy, yet the two women suffered extreme discrimination and persecution due to their sexuality. They moved around for a number of years trying to find peace, but in the end the discrimination turned to serious violence, the women were separated and Jeliah again fled for her life. She met someone who said they could get her to another country to work as a housekeeper, and Jeliah, heartbroken and scared, accepted. It was then that she was trafficked to the UK, where she was held in a house with a number of other women and sexually exploited.

‘They took everything from us, saying we owed them because they’d brought us to this country. This time that followed was so difficult, a really terrible experience. They even took our voices away from us,’ says Jeliah.

After some time, Jeliah and one of the other women managed to escape – they ran for their lives, sleeping in a forest for a week, and eventually found their way to the police. When she moved into a safe house with Ella’s in 2021, Jeliah had been through years of pain and abuse, and she felt alone and hopeless. Her support worker at Ella’s helped Jeliah form a recovery plan, including getting medical help – mental and physical – building employability skills, friendships and community connections, and rediscovering hope. With care, community and empowerment, Jeliah started to flourish, and was able to move out of the safe house 10 months later. The Ella’s team will continue to support her as she builds a stable, safe life. ‘Ella’s has been supporting me in so many ways – all ways,’ says Jeliah. ‘They’ve helped me to open up my eyes and my mind to see.’

‘Before I came here, I was not myself, I was just existing.’ ‘Organisations like Ella’s are so important for women like us, who have been through desperately difficult experiences.’ ‘We need people who can come close to us, to help us feel worthy and strong enough to move forward. It helps people turn their lives from what they have been, to what they can be.’

Photography for Ella’s by Tom Price.